Two Eiffage companies were involved in the construction of this unusual building in Duisburg for the past 12 months: a new depot for Abellio Rail NRW near the main railway station in Duisburg. The railway company started operation in December on the RE 19, RB 32 and RB 35 rail lines in the Lower Rhine region.

In order to ensure that the 7 million passengers are safely transported to their destinations, the electric trains require service and repairs. The new, 105-metre-long hall serves this purpose. Obviously, the 21 FLIRT-type electric vehicles should also look clean. Therefore the hall has a wash track as a special feature.

Eiffage Heinrich Walter Bau was responsible for the turnkey production of the new building, while Neugebauer handled the complete electrical engineering. The construction deadline was very tight. From April to December 2016, not only did the two-track, combined workshop, maintenance and wash hall have to be created, but, in addition, a three-storey building with smaller workshops, administrative, and social rooms as well as a high rack storage facility had to be constructed.

The project was technically and especially logistically demanding. This began as soon as one drove up to the construction site entrance. There was only a narrow drive and when one lorry was already inside, the others would have to queue.

It was also very narrow in the rail track hall. You have to imagine it like a long hose and in the middle a hole for the rails. In order to be able to work at all, the ditch was bridged with a special scaffolding, which could be moved back and forth. But there was little room for the Neugebauer team and its material. Everything had to be planned well, so that the right materials were in the right place at the right time. Fetching something quickly was not an option here. The new building was constructed in such a way that there is also room for a future extension on the 5,000 m² site. The current structure has a floor area of 1,700 m². 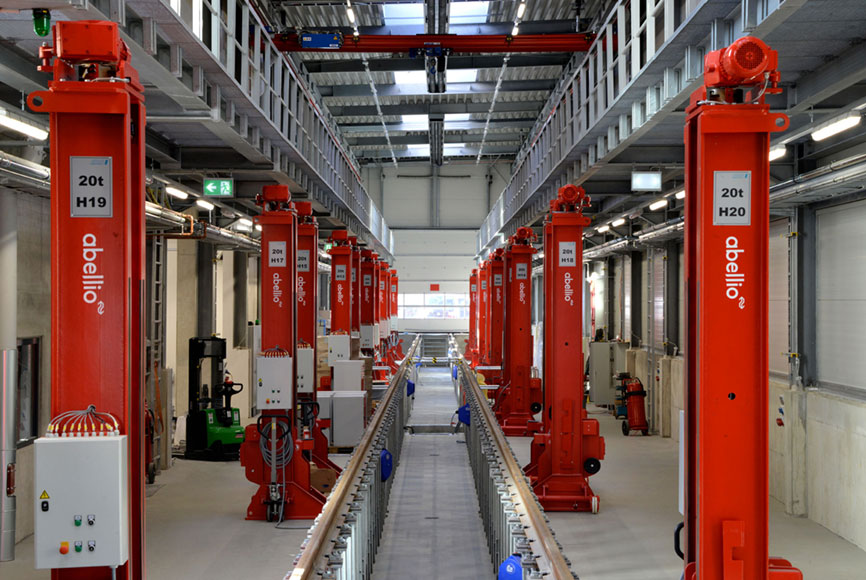